2013 has come and gone. With some reflection on last year we look ahead to what may come this year. Here are my predictions for what will come in 2014.

1. Every software and hardware company will have apps…There may even be some for Android

Serato has Serato Remote. Native Instruments has Traktor DJ and iMaschine. Mixvibes has Cross DJ for iPhone, iPad and now Android. Mixed in Key has iMashup. I’m sure there are more that I’m missing. Last year we saw a bunch of DJing apps released, mostly for iOS. I don’t see this trend slowly down any time soon and it wouldn’t surprise me to see more hardware manufacturers like Pioneer creating their own apps. It costs a lot less to design, test, and code an app than it does to design, build, test, and manufacture physical hardware. With the power of mobile devices increasing each year, there may very well be a battle of apps that run on devices that fit in your pocket as opposed to your laptop. 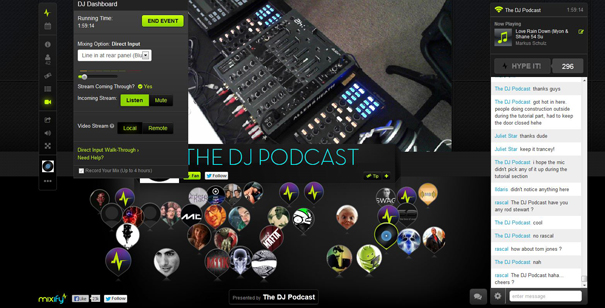 Live streaming of events over internet radio on stations like Digitally Import is nothing new. With the increasing speed of home and mobile internet connections, as well as the ability to be connected almost anywhere with a smartphone, I predict that not only will there be more live streamed event, but also that there will be more video streams as opposed to just audio. With the announcement that YouTube will allow all users to stream, even small local events could reach a larger audience worldwide, provided they get the proper music clearance. With more DJ-focused sites like Mixify that offer video streaming services, even bedroom DJs with a webcam can easily set up a video stream for their DJ mixes. This very well could be the year of frequent video streams.

3. Something will happen with Bitwig Studio

It seemed like forever ago that Bitwig Studio was announced. Many Ableton Live users were looking at the new DAW to provide some healthy competition to Ableton, who some believed were not innovating between major releases of Live. Since the announcement of Bitwig Studio almost 2 years ago, Ableton released Live 9 and Ableton Push, two major advancements in software and hardware. Throughout 2013 the Bitwig team previewed select features in short form videos and continued their closed beta of Bitwig Studio. While no release date has been announced yet, more info is supposed to come at this year’s NAMM show. We’ll have to wait until then to see what news awaits us as well as what Ableton will do now that they have more direct competition to Live.

4. The cost of entry will continue to drop

There has never been a better time to start DJing or making your own music. Mobile apps for tablets and smartphones feature the essential tools you need for just a few bucks. I predict that this year the cost of entry will continue to drop as lower cost tablets and more free software options are introduced. Cheaper, or free, software will allow more people to see if DJing or producing is something that they are interested in. If Traktor DJ can be Apple’s App of the Year, who knows what a free app can do?

5. Electronic dance music will continue to fight for acceptance in the USA

It seems like every time I hear a positive story about EDM in the US, for example an increase in attendance to EDM events, there is another that is equally negative. The most outrageous story from the latter part of 2013 was UMass Amherst’s cancellation of on campus EDM-based music event. I don’t see the public perception that EDM and MDMA are inherently linked going away any time soon. It will be another hard year for EDM fans living in the USA.

Those are my predictions for the year ahead. Leave a comment below and share your thoughts on what may happen this year.